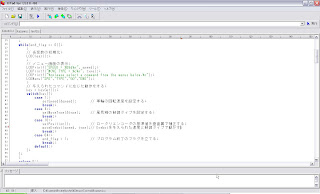 Tom and Liz and Pamなどの固有名詞は小文字からはじめる。 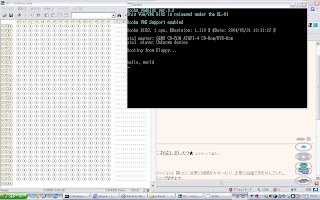 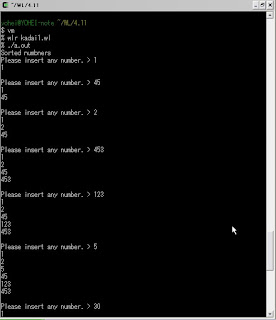 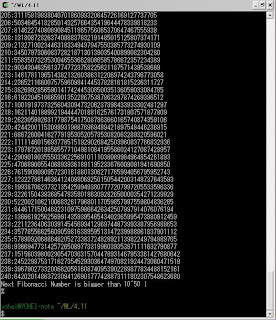 [Advanced English]
Title: Learn how to control a robot by using C language

Do you want to know about vending machines? That’s great! It’s because the vending machines have enhancement right now. So, I'll tell you all about them from general description to advanced example for the future, in order to understand them deeply and why they have enhancement.
Generally speaking to a feature and appearance, a vending machine is an automated machine where we can buy various goods such as drinks and foods. The machine is fully automated, and is thus unmanned. It’s as big as a refrigerator and has three parts. One is a slot part where we can insert coins and bills. Another is a selection part which has a display and buttons for showing and choosing the goods. The Other is a covered area where we can collect the goods.
Next, let’s move on how to use vending machines. It’s quite simple to use them. There are only two steps to buy goods from a vending machine. First, insert the appropriate amount of money into the slots, and then choose the goods by using buttons on the display. That’s all! After making a selection, the goods will drop into the covered area, so you’re able to take the goods out of the vending machine. It’s quite simple, isn’t it? Up until now, most vending machines functioned in this manner around the world. However, that’s the general description just until now. There is a new generation of vending machines in some parts of the world. I mean that there are possibilities that the description of vending machine will be added. As an example, I’ll tell you two unique functions which the latest vending machines in Japan have.
The functions are electronic money and a wireless LAN functions. These functions are expanding two possibilities of a traditional vending machine. Those are on the points that more users friendly and multi-functional. One, the new machine is users friendly in that we can purchase goods with electronic money such as a prepaid card. So, we need only to tap the panel with the prepaid card. The other, with the having wireless LAN application built-in, the new machine can be used in various ways. For example, in Japan, there are some vending machines that we can access the Internet via using our own computer. Other, some machines can show information such as advertisements or a weather forecast like a television. In addition, some new machines can also provide food and drinks for free in the event of a natural disaster. They all examples are based on the reason why manufactures can manipulate the machines using the wireless LAN.
These are the unique functions. The functions mean the new vending machines are expanding possibilities. Additionally, if the new vending machines are set up everywhere, the new vending machines will become an essential tool of the ubiquitous society and reserve supply for the natural disaster.
Hence, the vending machine is enhancing right now. If you are interested in the vending machine, you should come to Japan, and feel that on your eyes. That’s all. Thank you for your listening!
Tweet
at 火曜日, 4月 08, 2008 1 comment

philosophy
the study of the nature and meaning of the universe and of human life:

apocalypse
the destruction of the world: Civilization is on the brink of apocalypse.

perjury
the crime of telling a lie in court:

affair
events that are of public interest or political importance:
an event that people are talking about or describing in a particular way:
a sexual relationship between two people, usually when one or both of them is married to sb else:
matters connected with a person’s private business and financial situation:

mischief
bad behaviour (especially of children)
that is annoying but does not cause any serious damage or harm:

decadence
behaviour, attitudes, etc. which show a fall in standards, especially moral ones,
and an interest in pleasure and enjoyment rather than more serious things

irony
the amusing or strange aspect of a situation that is very different from what you expect;
a situation like this:

individual
[only before noun]
(often used after each) considered separately rather than as part of a group:

privilege
a special right or advantage that a particular person or group of people has:

malevolence
having or showing a desire to harm other people

affection
(for sb/sth)
the feeling of liking or loving sb/sth very much and caring about them:

disappointment
sadness because sth has not happened or been as good, successful, etc. as you expected or hoped

misdemeanor
(formal)
an action that is bad or unacceptable, but not very serious: youthful misdemeanours

inspiration
the process that takes place when sb sees or hears sth
that causes them to have exciting new ideas or makes them want to create sth,
especially in art, music or literature:

metaphor
a word or phrase used to describe sb/sth else, in a way
that is different from its normal use,
in order to show that the two things have the same qualities
and to make the description more powerful,
for example She has a heart of stone;

intervene(intervention)
to become involved in a situation in order to improve or help it: The President intervened personally in the crisis.

obscene(opscenity)
connected with sex in a way that most people find offensive: obscene gestures / language / books

media
the main ways that large numbers of people receive information and entertainment,
that is television, radio, newspapers and the Internet

pursuit
the act of looking for or trying to find sth:
the pursuit of happiness / knowledge / profit

compromise
an agreement made between two people or groups in which each side gives up some of the things
they want so that both sides are happy at the end:

obsession
the state in which a person’s mind is completely filled with thoughts of one particular thing or person
in a way that is not normal: Her fear of flying is bordering on obsession

anesthesia
the state of being unable to feel anything, especially pain

solitude
the state of being alone, especially when you find this pleasant

revelation
a fact that people are made aware of, especially one that has been secret and is surprising

misery
great suffering of the mind or body

fountain
a structure from which water is sent up into the air by a pump,
used to decorate parks and gardens/yards

imitation
a copy of sth, especially sth expensive: a poor / cheap imitation of the real thing

backlash
strong negative reaction by a large number of people,
for example to sth that has recently changed in society:

provocation
the act of doing or saying sth deliberately in order to make sb angry or upset;
something that is done or said to cause this:

muse
a person or spirit that gives a writer, painter, etc.
ideas and the desire to create things

purity
the state or quality of being pure:

drive
a strong desire or need in people: a strong sexual drive

universe
the whole of space and everything in it,
including the earth, the planets and the stars:

annoyance
the feeling of being slightly angry

victim
person who has been attacked, injured or killed as the result of a crime, a disease, an accident, etc

propaganda
ideas or statements that may be false or exaggerated and
that are used in order to gain support for a political leader, party, etc

rapture
(formal) a feeling of extreme pleasure and happiness

distraction
a thing that takes your attention away from what you are doing or thinking about:

anthem
a song which has a special importance for a country, an organization, or a particular group of people and is sung on special occasions:

restraint
a rule, a fact, an idea, etc. that limits or controls what people can do:

fanaticism
disapproving)
extreme beliefs or behaviour, especially in connection with religion or politics

dignity
a calm and serious manner that deserves respect:
She accepted the criticism with quiet dignity.

degeneretion
the process of becoming worse or less acceptable in quality or condition:

era
a period of time, usually in history,
that is different from other periods because of particular characteristics or events:

underdog
a person, team, country, etc.
that is thought to be in a weaker position than others
and therefore not likely to be successful, win a competition, etc

[QUESTION]
Now, a Vending Machine is so popular in Japan that we can say it as a Japanese culture. So, explain it FREELY to the foreigner who doesn’t know it, as UNIQUE as you can.

[COMPOSITION]
You wanna know about a vending machine? OK, I'll explain to you what it is.
In the general meaning, a vending machine is the machine for vending various goods such as food and drink automatically. So there is nobody to vend without the machine. The size of it is as big as a fridge, and there are some objects on it for a costumer to buy goods. Generally, those are three slots, buttons, and a display.
The two slots are fit on for dropping into a coin and paper currency. The other one is fit on a bottom part of a vending machine for taking goods. Addition to it, a display and buttons are also necessary for showing and choosing goods.

That’s the expression of the vending machine in Japan. How do you think about that? I think a vending machine has more possibility to progress than the Japan case. Don’t you think so?
Tweet
at 日曜日, 4月 06, 2008 0 comment